Iron Man 3 went in a different direction than the other 2 films. I'd almost call this one "The Ballad of Tony Stark". The first 2 films involve a vocal Tony Stark full of wit and personality, but when the action starts he dons the armor and becomes Iron Man. In Iron Man 3, the majority of the film deals with Tony Stark in and out of action. He shows why he was "the guy" who developed the armor as he plays "Macguyver" and incapacitates foes and takes on terrorists using everything BUT his armor. Some might complain that he didn't spend enough time in he armor. I liked it for that.

I also liked the treatment of the Mandarin. Being an Iron Man fan, I was wondering how they would pull it off. I like the avenue that was chosen. It didn't spoil the Mandarin to me; as his origin is complicated and would've needed a bit of retooling.

Now on to what I didn't like. Ok that I didn't get to see Tony Stark in the armor, but I wanted to see Jim Rhodes in his. They give me Iron Patriot, but don't give me any action for him. By the climax of the movie I was tired of seeing everyone but Rhodes in the Iron Patriot armor. And while I was ok with A.I.M. being the "hidden" villain, the extremis heat generating abilities were a little too much. Some human generates enough heat to nearly destroy an armor. I didn't like that at all. It definitely made them more disposable. While it worked for the direction the film went and the climatic battle scene; I thought it could have been done a little better. Just give them a gauntlet, or some type of tech to disable the armor. The way Iron Patriot got "heated" out of his armor was a little annoying. Still, it wasn't so bad that I didn't enjoy the movie.

I was a little unsure how I felt about the removal of the arc reactor from Tony Stark's chest. I liked how it defined him as a tragic hero. He has all of these resources at his disposal, but couldn't handle his heart issue. Although it begs the question, if he had all these resources, why couldn't he cure himself. So I let it go.

The after credit scene was awesome!
B+ grade for Iron Man 3!
Posted by Kyle Tyrone Ferguson at 9:52 PM No comments: 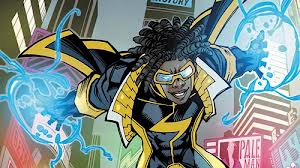 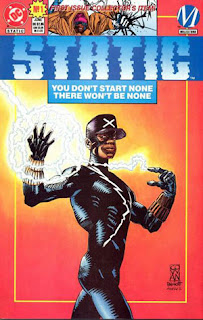 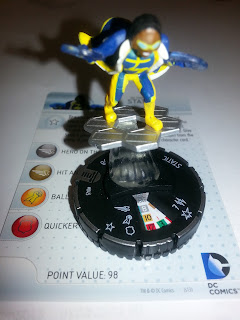 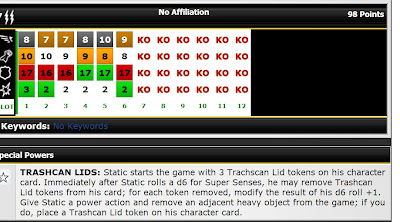 Email ThisBlogThis!Share to TwitterShare to FacebookShare to Pinterest
BLERD RAGE!

Its not what you might think. I admit to being a superhero fanboy and when I found out about the Mission Marvel that Disney was doing with their Phineas and Ferb show; only one thing came to mind..... AWESOME!

I have loved the Phineas and Ferb show since the first time I saw it. But I've been a Disney nerd since my wife and I started dating (she was and it became something we could share). So this amalgamation has me very excited. So I bet you're wondering, where's the nerd rage... Well here goes...

As I read the comments over youtube about this "crossover", some of the fanboys are hating. And I don't mean regular hate... like oh this is going to suck rocks, I'm not going to like it, or something. No, I mean little girlie boy, cry baby hate. Oh wah wah... I knew Disney was going to do something like this...wah wah... F#*$ Disney, they better not mess with Star Wars. wah wah...

Oh geez...really guys? I mean I have just as much fanboy lovin' for Mavel heroes as the next nerd...But the level these guys are taking it to is ridiculous!

Let me give you a little backstory so you can understand. Phineas and Ferb is a kids show about 2 brothers who have fabulous adventures and create impossible devices; all while their older sister is trying to prove to their mother what the boys are doing. And in Disney fashion, after a song or two, everything is gone by the time the mother appears. The show also includes....wait for it...an evil scientist and a platypus that's a secret agent. So yeah, we're talking really serious stuff...lol.

Well in the Mission Marvel story, the heroes lose their super powers.  Would you believe the fanboys are cursing like sailors over continuity issues like "Iron Man is in a suit, how can he lose his powers? If the Hulk loses his powers, why is he still green?" These guys are almost making me ashamed to be a nerd. Its one thing not to like the story. Its another thing to b!$#* and moan about something that has the lasting effects on continuity of an SNL sketch.

Let's just be real here. Marvel was dying. All of my fanboy love and the love from my fellow fanboys wasn't enough to save it. Things like this "crossover" only help to keep our heroes alive. Through the show, our beloved heroes will be exposed to a totally different audience (and their parents) which will undoubtedly create a new legion of fans that will grow up loving the heroes. How is that a bad thing?

And frankly, with the way Lucus was messing up Star Wars; you guys better hope that Disney does similar endeavors.

My advice to those ultra crybaby fanboys is leave the sanctity of your mother's basement, put down their still mint-in-box limited edition action figure, walk around in the sunlight for a short while and quit treating your/OUR favorite heroes like sacred cows.
Posted by Kyle Tyrone Ferguson at 5:08 PM No comments:

Welcome to BLERD WORDS! This blog will be focusing on many different nerdtastic pleasures including gaming, cosplay, comics, movies, and more.  I hope you enjoy it...
Posted by Kyle Tyrone Ferguson at 11:02 PM No comments: